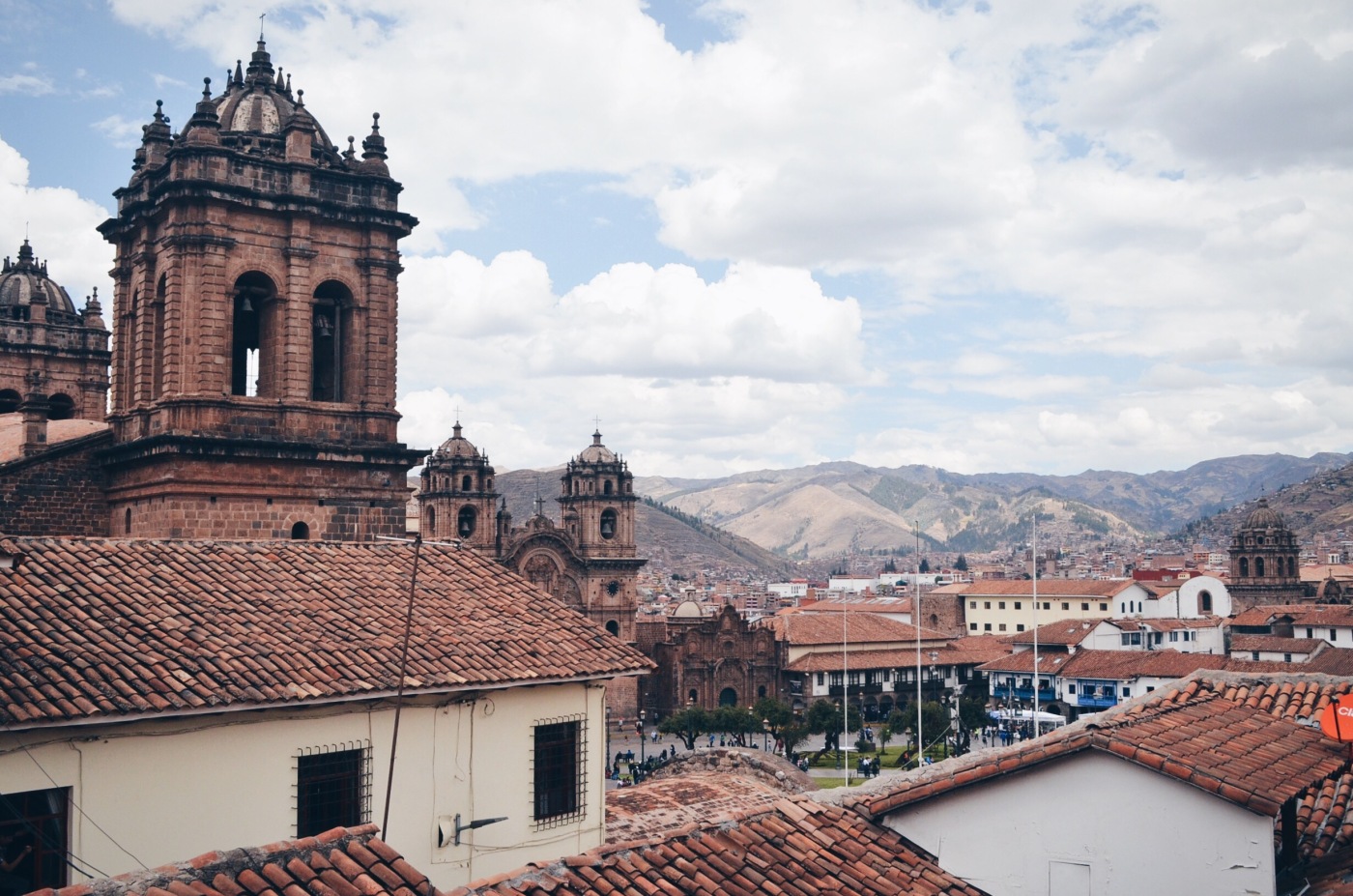 We’ve been in Cusco for nearly two days, and it has been an absolute dream. Besides the cobblestone streets, historic buildings, picturesque mountains, and incredible food, the vibrant culture of the people here has been overwhelming, in all the right ways.

When we arrived yesterday morning, we had spent the night in the Lima airport. As comfortable as airport floors are, we decided to spend the day resting and recuperating. When we arrived, we weren’t able to check into our hostel for another 5 hours so we wandered through the city. I cannot properly express the beauty of this city in words, so here are some pictures of the cathedrals, streets, and other buildings that took our breath away (or maybe it was the altitude sickness). 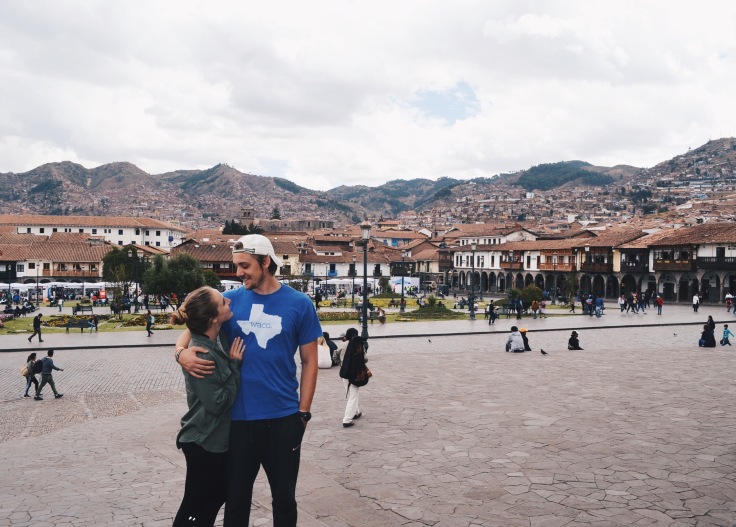 Along with two naps, we decided to go to sleep at 8pm, and we slept until the church bells woke us up this morning! Everytime a church has a worship service here, they ring bells for about 5 minutes before. No one is accidentally forgetting church here! After breakfast we walked to the Plaza de Armas, the main plaza in the city. When we arrived, the streets were lined with armed police, and we suddenly realized it would’ve been prudent to be familiar with their government before coming. It turns out, every Sunday they have a flag raising ceremony in the plaza, and this was as big as any parade I’ve seen in the US! The little kids all dress up as what they want to be when they grow up, and if you didn’t want kids before, you will after seeing all the little policia and medicos running around. We also tried to go to one of the Catholic masses (it seems to be the only type of church here), but we were quickly kicked out because Ryan was wearing shorts. 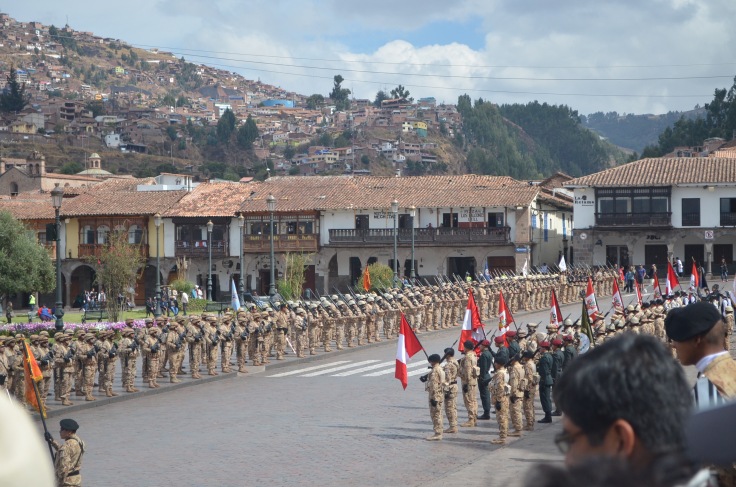 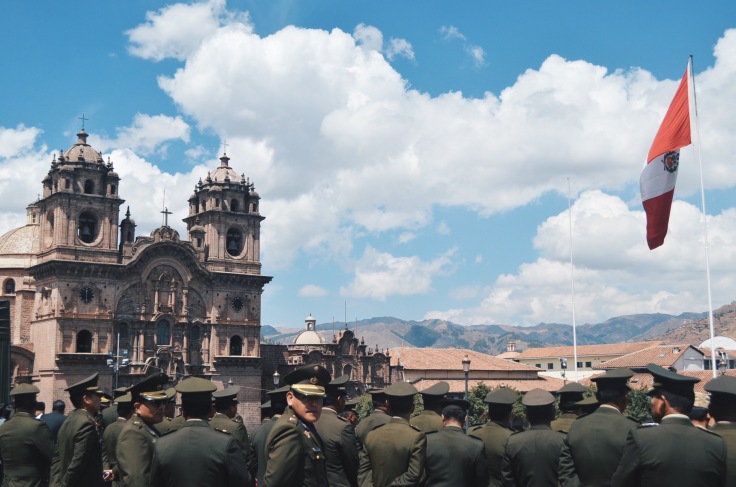 We wandered up and down streets, finding neat coffee shops and llama clothing stores. Ryan wanted to get lunch at the street market, but I was hesitant to eat such foreign food so quickly. I went to the “grocery store”, which in reality is about 4 aisles of mainly bread, cookies, canned milk, pasta, and rice. When we got to the market, Ryan decided he doesn’t actually like week-old room-temperature meet, so we went to get smoothies instead. They were fantastic, and my body definitely appreciated some nutrition other than bread, meat, and cheese! 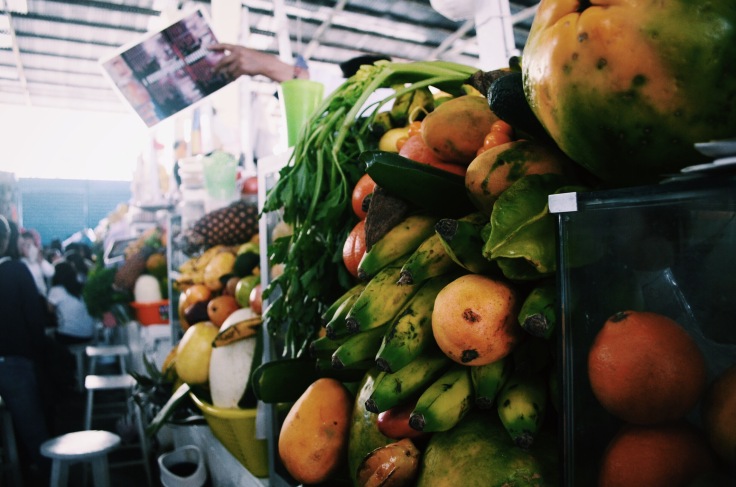 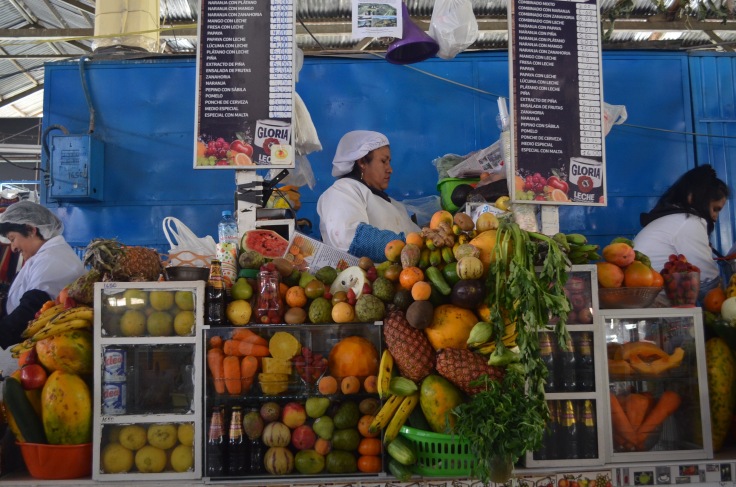 We are leaving on a 4-day trek through the Andes tomorrow, so we got some granola bars and nuts to eat along the way. We’re still acclimatizing (altitude is no joke), so this afternoon we’ve really just been resting in preparation for our trip tomorrow. Here is a list of things that I’ve learned in the last 2 days: 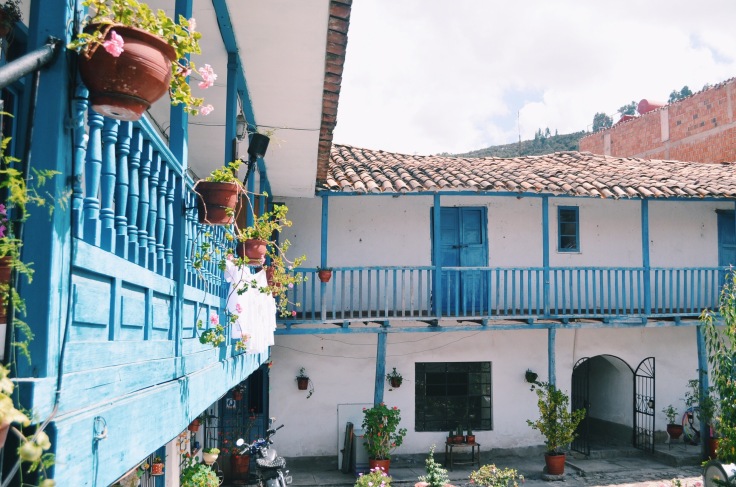 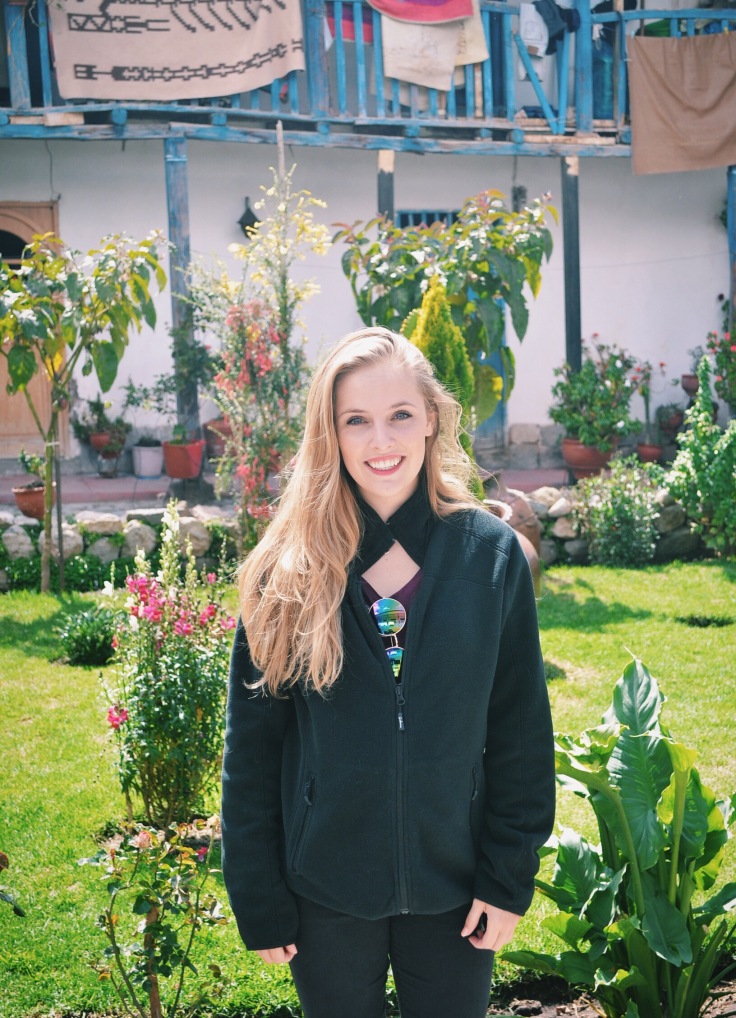 10 thoughts on “Cusco for Dummies”